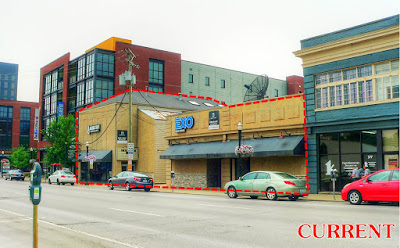 Plans to demolish and rebuild a signature downtown location have created a buzz around Lexington.  NAI Isaac recently sold +/-0.3795 acres located at 367-375 East Main Street and 107-111 Eastern Avenue to local developers who plan to construct a new 5-story mixed use building.  Per the development plan, the first floor will house a bank and the second through fifth floors will house 24 two-bedroom condominiums. The building will also feature a rooftop garden and recreation area.  Plans for a two-story parking garage are also underway. Developers worked with CMW, Inc. to create the building's concept known as vintage modern.  The building's design will fuse historic architectural touches with modern features to create a building that has the aesthetics of the historic downtown "look" and the convenience of modern design.  According to new owner developer Jeff Morgan, only two floors remain available.  All other spaces have commitments.  For more details concerning
Post a Comment
Read more
More posts